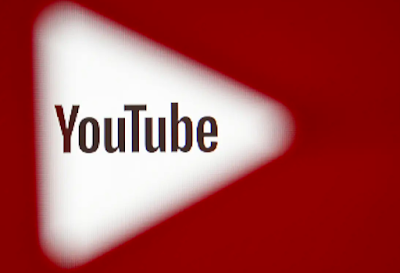 Academic fraud! What is it, by the way?

It involves cheating on tests, essays, and homework assignments and other forms of academic subversion such as plagiarism. Before the internet, it was commonly practised, albeit through traditional means and with limited effectiveness. However, with the advent of the Internet, academic cheating has become a global phenomenon. Social media and internet companies have played a big role in increasing the scope of cheating. (Losh, 2014, Seitz et al, 2011).

One of the largest and most popular search engines and social media sites is YouTube. The popular video-sharing network has over two billion users on its platform at the time of publication (YouTube, 2020), with over half that number being high school and college-age individuals. This level of virtual human interaction is amazing and has presented wonderful opportunities for learning to take place, not just within the walls of a classroom, but on a global scale.

The Internet provides users with the world over with unlimited opportunities for learning new things. YouTube, being the world’s largest video-sharing platform, has been used extensively to create useful content and share information with users. This has led to the formation and implementation of new ideas and allowed the easy flow and retention of information while aiding development and growth. However, it has also been used to promote practices that undermine the entire educational objective.

It has been observed that as students are given scholastic assignments, they turn more frequently to the Internet to provide solutions to their academic work. Some students have made detailed videos outlining how to cheat on schoolwork in general. The videos are packed with impressive infographics, computer-generated animation and human ingenuity, all of which enhance its instructional value (Losh, 2014). Such content then finds its way to YouTube, where users can view and adapt the methodologies presented to their cases.

Another form of academic fraud that is popular among students is outsourcing their assignments to third parties to complete for them. Professional essay writing services are legal, as long as students do not pass off work done by these services like theirs. But some of these firms offer to do the assignments for students at stipulated fees and guaranteed grades, with little or no effort required by the students. While YouTube does not allow such services to advertise directly on their platforms, the companies have come up with ingenious ways to market their services using YouTube channel owners.

One of such companies is EduBirdie. A BBC investigation in 2018 revealed that the company paid several highly influential content creators and channel owners to market their services on their various channels on YouTube. While viewers watched these videos, the creators or channel owners dropped lines that promote the brand’s services. When YouTube found out about this, it promptly removed the videos (Jeffreys et al, 2018).

While YouTube acted promptly in this scenario, it has to be said that its lack of clear guidelines and policies in the past regarding intellectual fraud and theft has contributed to the proliferation and marketing of such services using its platform. It has a social responsibility to minimize and prevent actions which undermine educational goals. However, it has demonstrated an awareness of the potential impact of allowing academic cheating to thrive by crafting policies that severely restrict access to and usage of these services on their platforms (YouTube, 2020). This is commendable because the graduates of such a broken system will enter the labour market without the requisite personal and professional skills, thus hampering productivity and economic development.

Popular posts from this blog

Earn from “YOUTUBE” in this quarantine by working from home

If you are bored and are looking for an interesting ‘work from home’ kind of thing then “YOUTUBE” can be an ideal platform to harness. To be precise YouTube is a digital platform which is used for video sharing and streaming. Adding to this, the money is earned on the basis of views you get on a particular video. It can be a great experience as the user can explore his/her creative side and get paid for what he/she enjoys doing adds icing to the cake.
Taking into consideration all the digital platforms, YouTube is comparatively very easily accessible and is having a great user base as well
Now let us discuss some simple steps to earn money from YouTube.
1. Create your own channel The process starts with the creation of a channel on YouTube. To create a channel on YouTube sign in your YouTube on your computer or mobile phone. Then go to my channel list and click on create a new channel. Fill in the necessary details and the channel will be created. Make sure that the name of the chann…
Read more